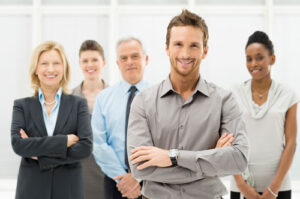 Working in the retail automotive industry is one of the most promising and unique career opportunities in American today. And it has been so since it began in the early 20th Century. Where else can someone starting with no experience, little product knowledge and limited education make the kind of money that can be made by those who learn to do the business well.

Most of those who sit in positions of Leadership in our industry came up through the ranks. There are three types of supervisors managing our dealerships today, and the way they function in their roles will ultimately determine the level of success their dealership attains.

BOSS TYPE: This type of individual sees their role as telling others what to do and ordering their workers around in a bullish manner, They leave little or no room for discussion and will not tolerate any opinions other than their own as to how things should be done. With the Boss it’s always “My way or the highway.” Bosses require strict guidelines and rarely, if ever operate outside the box. They are intelligent people who know how to get the job done, but they are self- focused and operate from a mindset of career survival and Leadership rank.

MANAGER TYPE: Unlike the Boss , the manager can be very good at laying out direction and setting goals, but they lack creativity and rely primarily on repeating the processes that have worked in the past. They are not bully types, but they expect full cooperation from those they supervise in order to give a good report to the General Manager about how they are fulfilling their duties. Managers interact with their team members on a one to one basis and their loyalty is to the dealership objectives rather than to the individual goals of their staff. They justify their position by past successes that they had before they became a Manager.

LEADER TYPE:  The role of a Leader is one that sets people free to accomplish whatever their gifts and abilities can achieve. They empower their workers to learn and grow, and set the example for them by their own continuous search for knowledge and innovation. They lead by inspiration not perspiration, yet they are tireless in the pursuit of success for those wo work for them. The role is one that all those who supervise others should aspire to. Once achieved, the pressures of work are reduced and stress in minimized for them, as well as for they oversee. They develop a following among their staff members because they function as a role model or mentor to those who work for them.